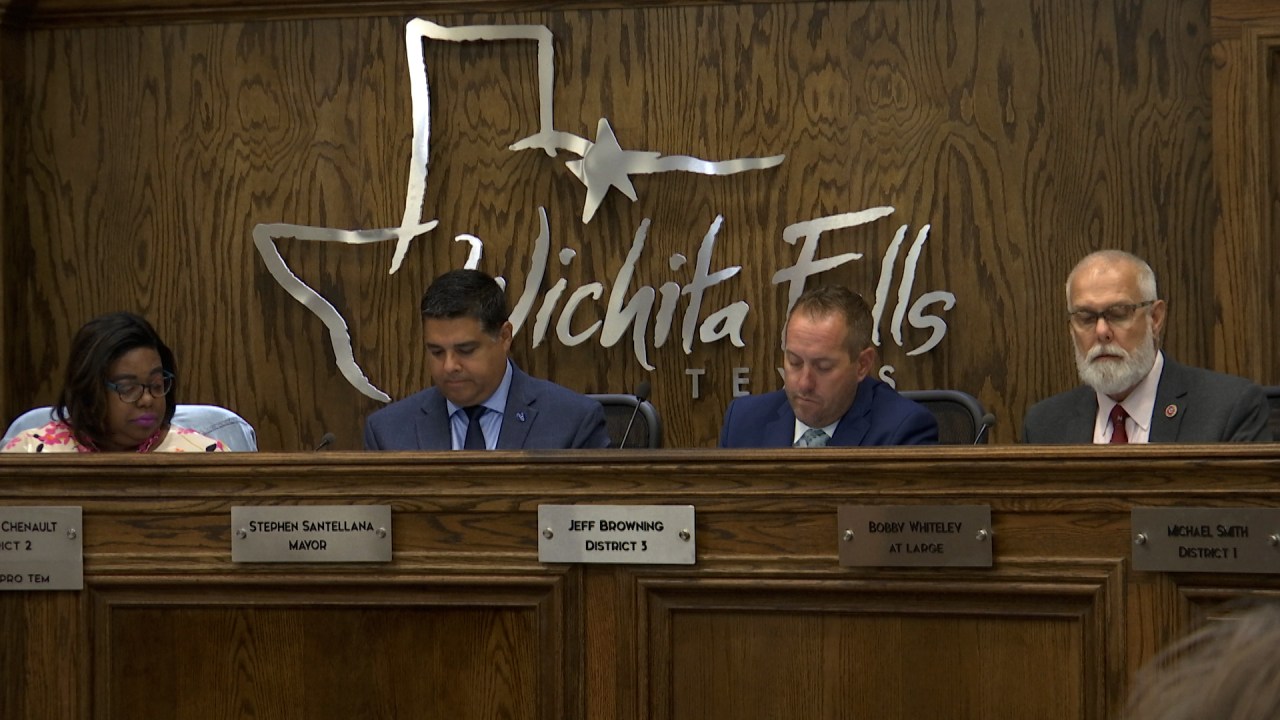 They say the new budget which is up $11 million from last year doesn’t benefit everyone it should.

Council voted to adopt the new $195.4 million budget in a six to one vote, with District 5 Councilor Steve Jackson the lone dissenter. But many in attendance say the salary increases are off.

OTHER NEWS: WF Chamber of Commerce President excited for Clayton Homes to bring more jobs to the city

The approval of the 2021-2022 budget for the city of Wichita Falls was met with questions from the public in regards to salaries for city workers.

“The little guys are the ones who make the wheels turn,” Wichita Falls resident Randy Ledford said.

Those who make the wheels turn are those like firefighters, police officers, construction workers, and city maintenance or public works who some believe are being overlooked.

“They don’t have advocates that police and fire do that can stand up here and say hey please look at our salaries. This city is run on a day-to-day basis with a lot of employees on the lower levels. These lower level people are doing the job,” Wichita Falls Police Officer Association President Sgt. John Spragins said.

Doing the job Spragins believes they should be getting paid more to do.

“The people out working on the streets fixing the water lines, fixing our streets, all those people make up this city and the employees of this city are the most important aspect to the city. We keep it going every day, ” Spragins said.

Members of the Wichita Falls City Council like Michael Smith say while they welcome public comment, in the future, they’d like to see more people voice these concerns earlier.

“Any citizen at any time can attend any of our meetings on budget or our strategic planning meeting its open to the public. Why wait until September 21 for opinions? In many cases that’s all it is, it’s your opinion. Now if it’s based on fact I’m all for it,” Smith said.

Mayor Stephen Santellana wants to assure everyone the salaries of public workers was highly considered in this years budget.

“A big portion of that goes to pay and we wanted that. We want to take care of everybody that works for us. 1,200 employees here in the heart of this community and heart of this organization we want to make sure that they feel like they are getting taken care of,” Santellana said.

The mayor says budget wise, things look quite well for the city.

“I really want people to judge us on where the direction of the city is going and we are firing on all cylinders. It’s going good out there downtown development, MSU with Texas Tech, Sheppard Air Force Base, a lot of good things going on here in Wichita Falls,” Santellana sad.

It goes into effect October 1. Click here to read the full budget.