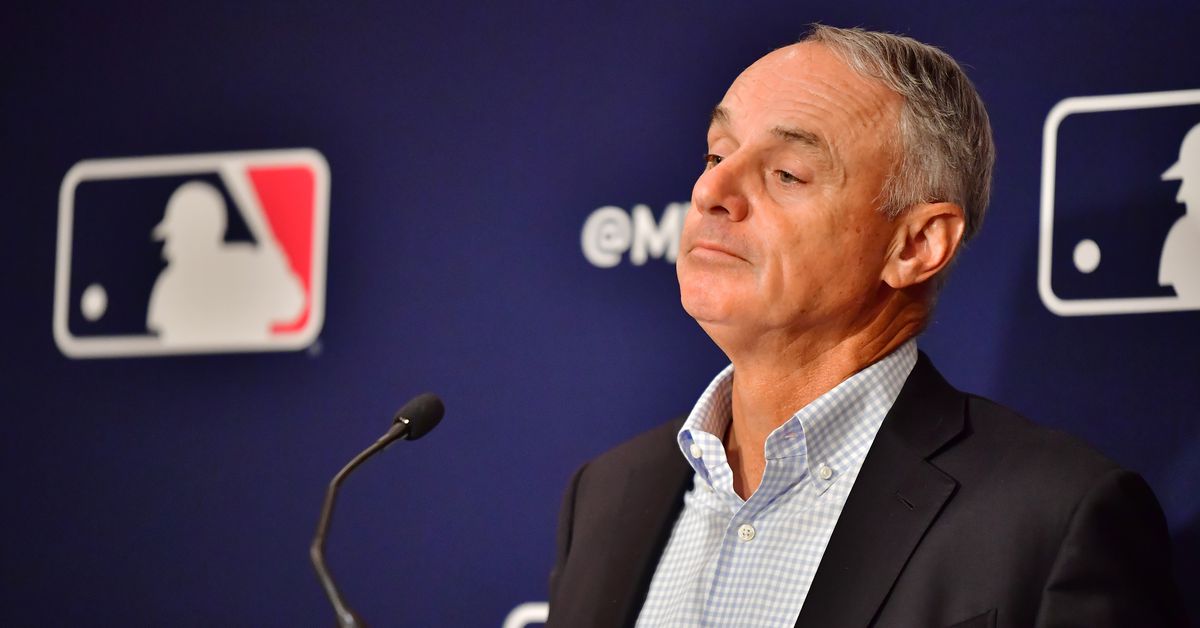 Let’s get this out of the way first: Major League Baseball is not going to implement a salary floor and a salary cap anytime soon. If you would therefore like to not think about this anymore, close this tab, and go elsewhere on the internet, you are free to do so. As to why it’s not going to happen, we can turn to Jeff Passan (and his slightly off Elder Millennial book references), who reports that it’s simply not part of the negotiations or point of emphasis for either side.

0%. Saying cap to the union is like saying Voldemort at Hogwarts. It’s a non-starter.

MLB offered a $100M salary floor in an early negotiation. With it came a $180M CBT threshold in which overages would’ve subsidized lower-revenue teams. The union felt the trade wasn’t worth it. https://t.co/RImBiLBcim

However, MLB is unique among major American sports leagues in that it lacks a salary cap of any sort. And while, yes, this isn’t going to happen, this kind of hypothetical is interesting, and it’s a window into what the league could look like if such a payroll device was implemented at some point.

One of the Major League Baseball Players Association’s major points is that, as I’ve pointed out before elsewhere on these digital pages, teams are simply not spending to their ability. In other words, league revenue is increasing at a greater rate than average team payroll is increasing. There are a lot of ways to try and fix that, and the MLBPA is pursuing some. But one simple way to do so is to force teams to spend a certain amount on player salaries and tie that spending amount to a percentage of league revenue.

You don’t have to look very far to find a straightforward system that uses a salary floor and cap as a percentage of league revenue—and no, that is not the National Football League, whose Byzantine and convoluted cap rules make any analysis feel like taking an AP Calculus final. Rather, the National Basketball Association has a very simple template with a soft cap not unlike the current MLB setup, which makes it ideal for a comparison. Here’s how it goes:

Of course, such numbers are mostly meaningless in a vacuum. However, it cannot be overstated how much the salary floor impacts total player salary.

In 2019, Opening Day payroll totals indicated that the players pulled in $3.81 billion. With the aforementioned figures derived from NBA numbers, players would pull in $3.97 billion—an increase of $160 million—even if every team over the salary cap treated it as a hard cap. This is because a whopping 15 teams failed to reach the $115 million salary floor in 2019. And if the top teams spent similarly, the players would have pulled in more than $400 million more than they made in real life.

If you’ve been thinking about Passan’s Voldemort tweet this whole time, well, good news: it’s coming back. What would it have looked like if the MLBPA simply agreed to the league’s proposal—a $100 million salary floor and a $180 million competitive balance tax (baseball’s luxury tax equivalent)?

There are multiple hypotheticals, so let’s cover them. On one side, there’s a hypothetical where the $180 million functions as a hard cap and no one really spends above it. In 2019 numbers, that would mean a $3.93 billion total payroll, or about a $120 million increase over the real life $3.81 billion total payroll. Then there’s another hypothetical: where teams spend similarly on the top end while teams are forced to spend more on the low end. In this scenario, the league’s hypothetical payroll would be $4.03 billion, or a $220 million increase over real life payroll.

And because we’re already knee-deep in hypotheticals, lets discuss a few more: the same soft cap/hard cap scenarios, except with a salary floor of $110 million. We’d be looking at a $230 million and a $330 million increase in payrolls, respectively.

You can see why the MLBPA rejected the league’s offer. A $100 million salary floor only seriously stimulates spending of the bottom five or so teams. Meanwhile, the $180 million CBT threshold is much lower than its current figure, which might curtail spending on the high end that simply counterbalances the spending increase on the low end.

Moreover, while the league’s cap and salary floor numbers might look fine now, they will decidedly not look very good to the players when the league’s revenue inevitably grows. Without the ability to tie the figures to a percentage of revenue, such numbers will be out of date very quickly.

Still, that the MLBPA has so forcefully declined to pursue this path seems like a bit of a tactical error. Other leagues provide groundwork for how to put together an equitable split of revenue via a salary floor and a salary cap. It would be a big sea change to how things have been done, but sometimes such a sea change is necessary.