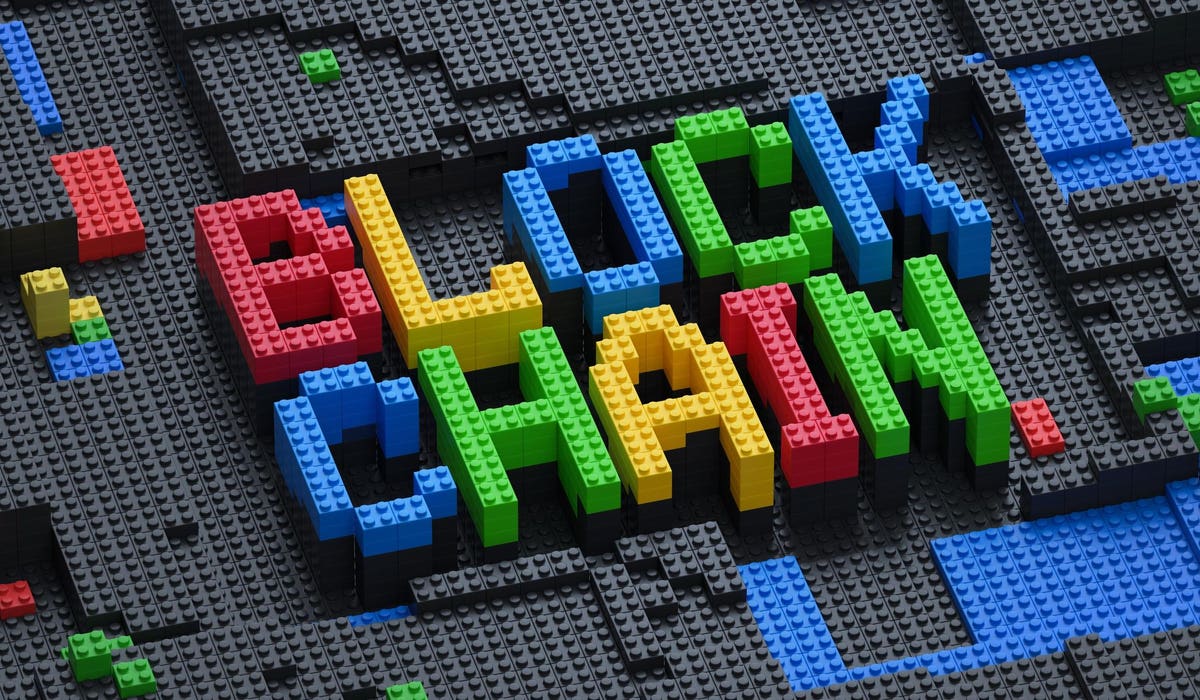 If you’re anywhere near the tech or financial space, you’ve likely been hearing terms like DeFi, blockchain, and smart contracts more and more frequently. Ever since cryptocurrencies and other decentralized technologies came on the scene, they’ve been the subject of much speculation and debate among engineers and business leaders.

Some tech thinkers suggest that blockchain is the future of our society—that it has the ability to revolutionize all our businesses and interactions. Others believe it’s just a fad that will fizzle out eventually. But many tech experts say that, while blockchain is undoubtedly a force to be reckoned with, it’s too early to tell what its future will look like.

In the early days of the internet, it would have been difficult to imagine the business models like social media and eCommerce that have evolved today. Similarly, it isn’t easy to know exactly what the blockchain ecosystem will ultimately look like, but in its early stages, it has a lot of potential for sustainable business models.

While no one can be certain how the blockchain ecosystem will ultimately evolve, leaders who get into and stay on top of this field in its early days will have the power to shape the economy of the future. That’s why it’s so important for business leaders to learn about blockchain and how they can use it; the best way to ensure that you thrive in the future is to be a part of shaping what it looks like.

While blockchain has given rise to many new technologies, we can understand its basic principles with familiar concepts. The primary underlying principle of blockchain is decentralization. This is the opposite of how the financial sector works today. When you want to make a financial transaction, whether it’s between individuals, businesses, or both, you do it through the use of an intermediary—in most cases, a bank. Blockchain eliminates the need for a third party as an intermediary to ensure trust through its consensus mechanisms. Ethereum propelled the ecosystem ahead with the introduction of smart contracts—contracts written in code that execute automatically once all parties agree to them.

Through the use of smart contracts and tokens (like Bitcoin) to incentivize users, a blockchain creates a network that is decentralized, running on a number of nodes that can be owned by any individual. Instead of data being stored in tables, like in a traditional database, the blockchain stores collections of information in blocks. Each block with transactional information references to the previously filled block, creating a chain of data blocks. This makes a record of transactions and information that is immutable, ensuring transparency and security.

What are the practical implications of blockchain? Many tech experts see it as the foundation of Web 3.0, the next evolution of the internet. Whereas Web 2.0, the internet we know today, comprises interactive platforms owned by companies like Google and Meta, tech leaders envision Web 3.0 as a decentralized version of the internet where users can exchange information or other units of value without the need for companies as intermediaries.

While Web 3.0 still remains largely an idea of the future, startups have tested some of its possibilities. For example, cryptocurrencies are testing the ability to create and exchange value based on the blockchain. Metaverse companies use decentralized infrastructure to create online spaces for social connection and entertainment. Startups are testing the possibilities of using blockchain for anything from gaming to selling home repair services. Even major companies like IBM and Microsoft have started incorporating blockchain infrastructure into their businesses.

Blockchain is changing the way people do business

One of the primary effects of blockchain is the creation of decentralized finance, or DeFi for short. DeFi leverages the core value propositions of decentralization, pseudo-anonymity, and censorship resistance to evolve beyond the centralized entities within the blockchain ecosystem. In doing this, it provides its users with non-custodial ownership of their assets and access to decentralized money markets. DeFi has grown to more than $200 billion in assets and is evolving in its ability to finance real-world assets.

Blockchain has the potential to impact any area of business that involves the concepts of ownership and assets. For example, it can allow businesses to create new revenue streams such as blockchain-based banking and financial applications or analytics services based on data captured by blockchain. It can also help companies mitigate risk in areas like tracing and authentication across the supply chain.

Blockchain can also have a significant impact on how companies run internally. Blockchain can offer companies alternative solutions for managing digital assets such as identity, brand, provenance, or professional certificates. Especially in areas like audit and regulatory compliance, using blockchain can significantly boost operational efficiency, allowing companies to save both time and money.

Finally, blockchain can revolutionize the way that companies handle their social impact. Anything from company governance to ethical sourcing can be managed using blockchain, creating greater benefits for the companies at less cost. Companies and nations alike are already piloting the use of blockchain as a more democratic means of governance, giving consumers or citizens more of a say in what happens to the organization.

Xiaohan Zhu, founder of Meter.io, a startup dedicated to providing blockchain infrastructure to connect the financial internet, has a vision for how blockchain might be adopted on a larger scale. “The first real adoption for blockchain and cryptocurrency would likely be in consumer sectors. Then, enterprise could leverage cryptocurrencies, NFT and other blockchain tools to extend their brands.”

With companies like those in the ever-expanding metaverse space, we’re already seeing this adoption. But Zhu believes that there is a major potential for the adoption of blockchain in other sectors in the longer term.

“In the short to medium term, Tradfi and DeFi integration with Real-world assets (RWA) and sectors with low barriers to entry and switching costs — P2P marketplaces governed by smart contracts in energy and TMT industries, goods provenance in consumer industries and healthcare, process automation driven by smart contracts across industries, compliance and auditing in the public sector – could see adoption,” he says.

Infrastructure for a Blockchain-Powered World

As companies venture into new blockchain business models or transform how business is conducted in traditional industries and ecosystems, they will need to adopt blockchain technology to varying objectives and use cases. This creates a need for varying architecture, consensus mechanisms, token types, and other characteristics, paving the way for a multi-chain ecosystem.

Zhu’s project, Meter.io provides this blockchain infrastructure, the technological and organizational components that companies need to use blockchain in their businesses. Meter.io creates a DeFi infrastructure that scales and connects Ethereum and other public blockchains, allowing tokens and other digital assets to be transferred between them. They do this through a development toolkit that not only connects to other existing blockchains but also enables easy deployment of new blockchain with its own architecture, consensus mechanisms, and other characteristics to meet different objectives and use cases. Enterprises could either directly use the Meter chain for developing the products or leverage the toolkit to spin off a private blockchain in minutes with just a few nodes and smoothly scale to public chain grade blockchain with thousands of nodes.

Their other solution, Sumer.Money provides an asset abstraction layer for decentralized applications. It enables enterprises to connect across blockchains in this multi-chain ecosystem and seamlessly interact, collaborate, share, and make transactions with multiple entities across numerous platforms.

If leaders want to stay at the forefront of the blockchain future, they’ll need to keep an eye on projects like Meter.io that are building the infrastructure to power it. While it’s still hard to tell what the future of blockchain will look like, the sheer amount of money and investment it has seen in recent years suggests that, in some capacity or other, it’s here to stay. And with the opportunities that come with investing in growing sectors, it’s safe to say that leaders can stand to gain a lot by diving into the world of blockchain and experimenting with applications in their business. 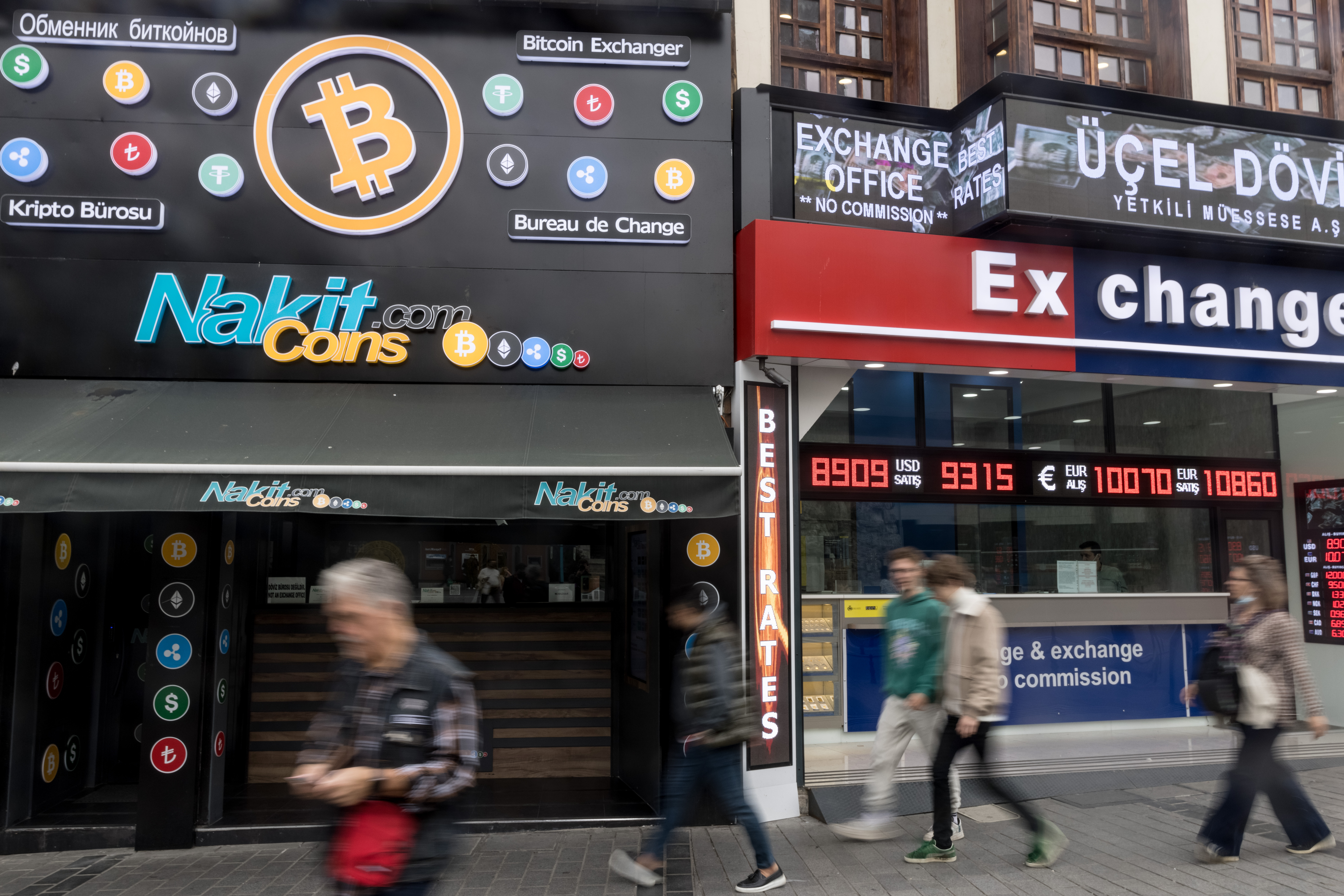