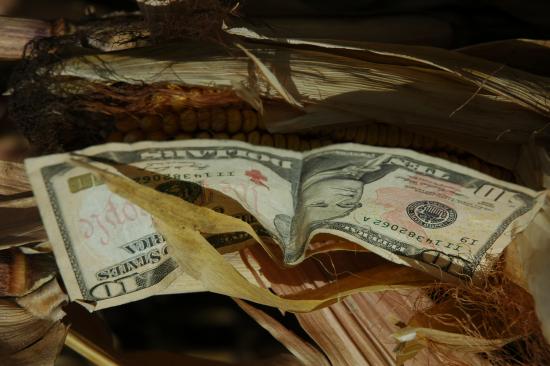 The red-hot U.S. recovery from the pandemic, with the fastest economic growth rate since 1984, will moderate to a still-strong 3.5% in 2022, said the USDA in its first look at the agricultural economy in the new year. Farm-gate prices for corn, soybeans, wheat and cotton, the four most widely planted crops, were projected to decline as production, suppressed by the pandemic, catches up with demand.

Overall, economic conditions will be favorable in the coming year, according to USDA data released on Friday. Inflation, a worrisome 5.4% in September, was projected to slow to an annual rate of 2.5%. Interest rates would rise slowly and crude oil prices, which soared this year, would stabilize. U.S. unemployment would average 3.8% for the year. It was 3.5% just before the pandemic.

With commodity prices high and farm exports at record levels, farmers will plant an additional 2.1 million acres to the eight major field crops, the USDA projected in statistical tables issued in advance of its annual Outlook Forum in February. Wheat would gain 2.3 million acres and cotton 900,000 acres. Corn would shrink by 1.3 million acres and soybeans, often the alternative to corn, would expand by 300,000 acres.

Wheat production was projected at 2.003 billion bushels, the largest crop since 2016. Upland cotton, projected at 17.8 million bales weighing 480 pounds each, would be 25% larger than the pandemic crop of 2020.

The USDA projections were based on conditions in October. Fertilizer prices have skyrocketed in recent weeks, potentially affecting 2022 crops. Growers could reduce application rates, possibly resulting in lower yields per acre, or they might switch to crops with lower production costs, substituting soybeans for corn, for example.

“Even though fertilizer prices are very high, current budgets suggest that corn will be more profitable than soybeans across Illinois,” said four agricultural economists from the University of Illinois and Ohio State University last week. “Changes in corn, soybean, and fertilizer prices could change that situation before spring planting … Still, [crop] budgets suggest large swings in acres are not likely at current price levels.”

USDA’s estimates also indicated corn would be more profitable than soybeans, when variable costs, such as the price of seed and chemicals, are considered. The estimates did not consider fixed costs, such as equipment or land payments, which vary by farm.

Global economic growth of 4.3% in 2022 would be led by China, whose economy would grow 5.8%, and Europe, with a 4.5% expansion, said the USDA, which presented its macroeconomic assumptions in a series of tables without text. While the Chinese and European growth rates would be slower than this year, they indicate a second year of dynamic growth. The United States, China and Europe account for 64% of the global economy.

The USDA “early release” tables from its long-term agricultural baseline are available here.