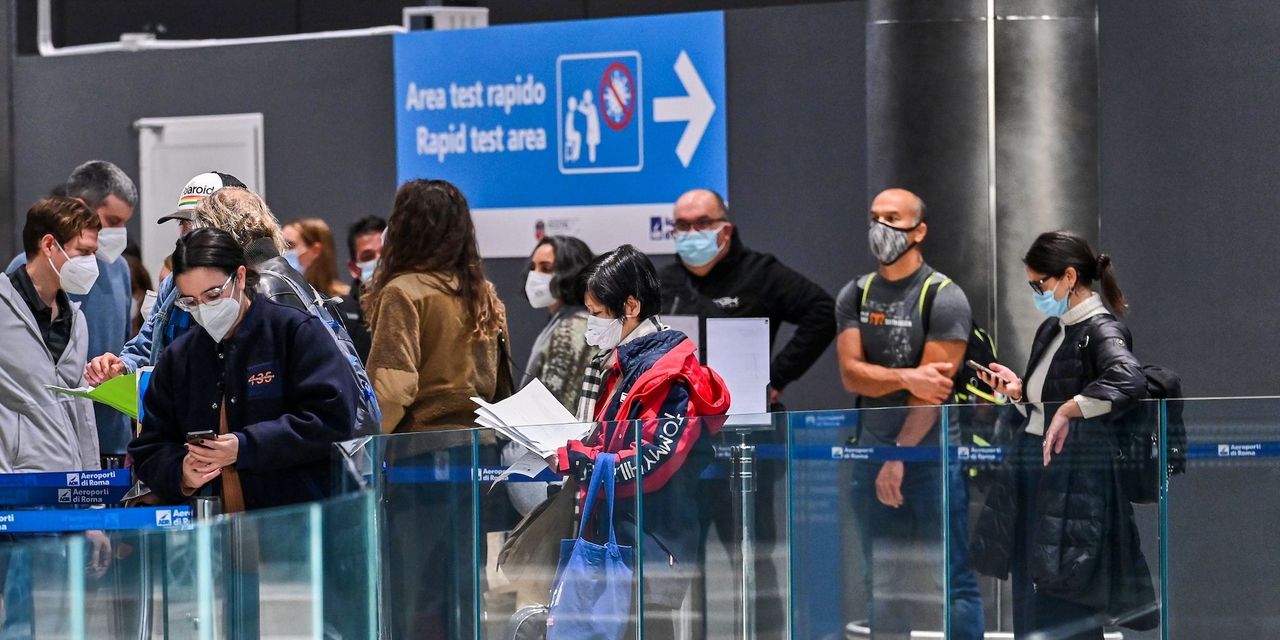 The numbers: U.S. gross domestic product growth decelerated to an 2% annualized rate in the third quarter, down from a 6.7% rate in the April-June quarter, the Commerce Department said Thursday.

Economists polled by the Wall Street Journal had forecast GDP to slow to a 2.8% rate.

This is the slowest growth rate since the 2020 recession.

Key details: Consumer spending rose a scant 1.6% in the third quarter, well below the 12% rate in the prior three months.

Households shifted spending to services, which rose 7.9% while spending on durable goods plunged 9.2% in the third quarter as new cars were scarce due to the microchip shortage.

Inflation remained high but moderated. The “core” rate of the Fed’s favorite personal consumption expenditure index rose at a 4.5% rate from the torrid 6.1% rate in the second quarter.

Final sales to domestic purchasers, a measure of domestic demand, rose 1% after an 8% gain in the second quarter.

Growth in the third quarter was led by a welcome pickup in inventories, which added a strong 2% to growth this quarter. Higher inventories will help resolve shortages plaguing the economy.

The widening in the trade deficit subtracted 1.4 percentage points from growth.

Big picture: Economists blamed the slowdown in the third quarter on fading government support for the economy, bottlenecks and the surge in cases of the coronavirus delta variant.

While talk of “stagflation” – slower economic growth and higher inflation will likely pick up after the data, in general economists think that the slowdown in the third quarter will be a temporary “soft patch” and that growth will accelerate in the fourth quarter and into 2022. There have already been surveys that consumers are much less worried to circulate in public in the fourth quarter as Covid cases fall.

What are they saying: “The third quarter was grim but it has little to say about the fourth quarter. The October-December quarter will be very different; spending on services is already rebounding as delta subsides,” said Ian Shepherdson, chief economist at Pantheon Macroeconomics.

Jason Furman, senior fellow at the Peterson Institute for International Economics: “Overall, the economy is in considerably better shape than was expected earlier this year but has disappointed relative to optimistic expectations from the spring and summer.”

were trading higher on Thursday on strong earnings reports. The yield on the 10-year Treasury note
TMUBMUSD10Y,