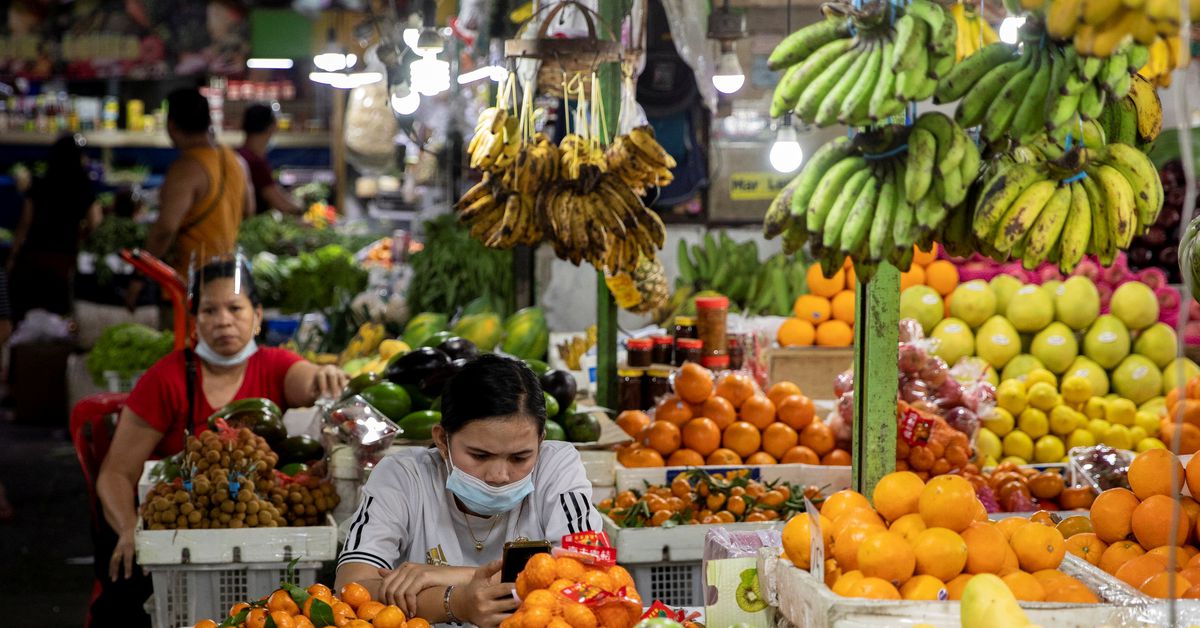 MANILA, May 12 (Reuters) – Newly-elected Philippine President Ferdinand Marcos Jr. will inherit an economy that has strongly bounced back from the COVID-19 pandemic when he takes office in June, but soaring food and fuel costs will need to be addressed quickly.

The Southeast Asian nation’s economy grew a better-than-expected 8.3% in the first quarter , the government said on Thursday. It was the fastest annual growth since the June quarter of 2021 and exceeded a 6.6% forecast in a Reuters poll.

On a seasonally adjusted basis, the economy grew 1.9% in January-March from the previous quarter , with the easing of COVID-19 curbs and election-related spending underpinning domestic demand.

The Philippines thus was the fastest growing economy in the East Asia Region for the period, officials said.

“The BSP stands ready to adjust our monetary policy settings, should we see material risk of these supply-side pressures spilling over to the demand side,” BSP Governor Benjamin Diokno said following the data release.

The BSP holds its next policy meeting on May 19, with some analysts seeing higher chances for an interest rate hike as early as its May 19 meeting.

“With GDP now back to pre-COVID levels and with inflation accelerating, we fully expect BSP to hike policy rates at the May 19 meeting,” said ING senior economist Nicholas Mapa.

Diokno, however, has flagged a possible hike in June, and he said the BSP was looking at raising rates two to three times to bring down inflation by next year.

Economists have raised concerns the BSP, which has kept benchmark interest rates steady since November 2020 at record lows , could fall behind the curve as central banks around the world step up monetary tightening to fight inflation.

“Since we are doing relatively well on the economic opening as evidenced by the Q1 data, the immediate priority is to address inflation, especially those that affected people the most, food prices,” Economic Planning Secretary Karl Kendrick Chua told a news conference.

Boosting tax revenue is crucial as Marcos must tackle the problem of heavy public debt bloated by heavy borrowings to finance the government’s pandemic measures.

“A majority mandate on top of sizable political capital opens the door for opportunities for Marcos to implement substantial economic reforms early on in his single six-year term,” ING’s Mapa said.

Marcos, who clinched a decisive victory in Monday’s election, said he would hit the ground running as president and was looking very carefully at candidates for his economic team, with infrastructure, jobs and energy prices his priorities. read more