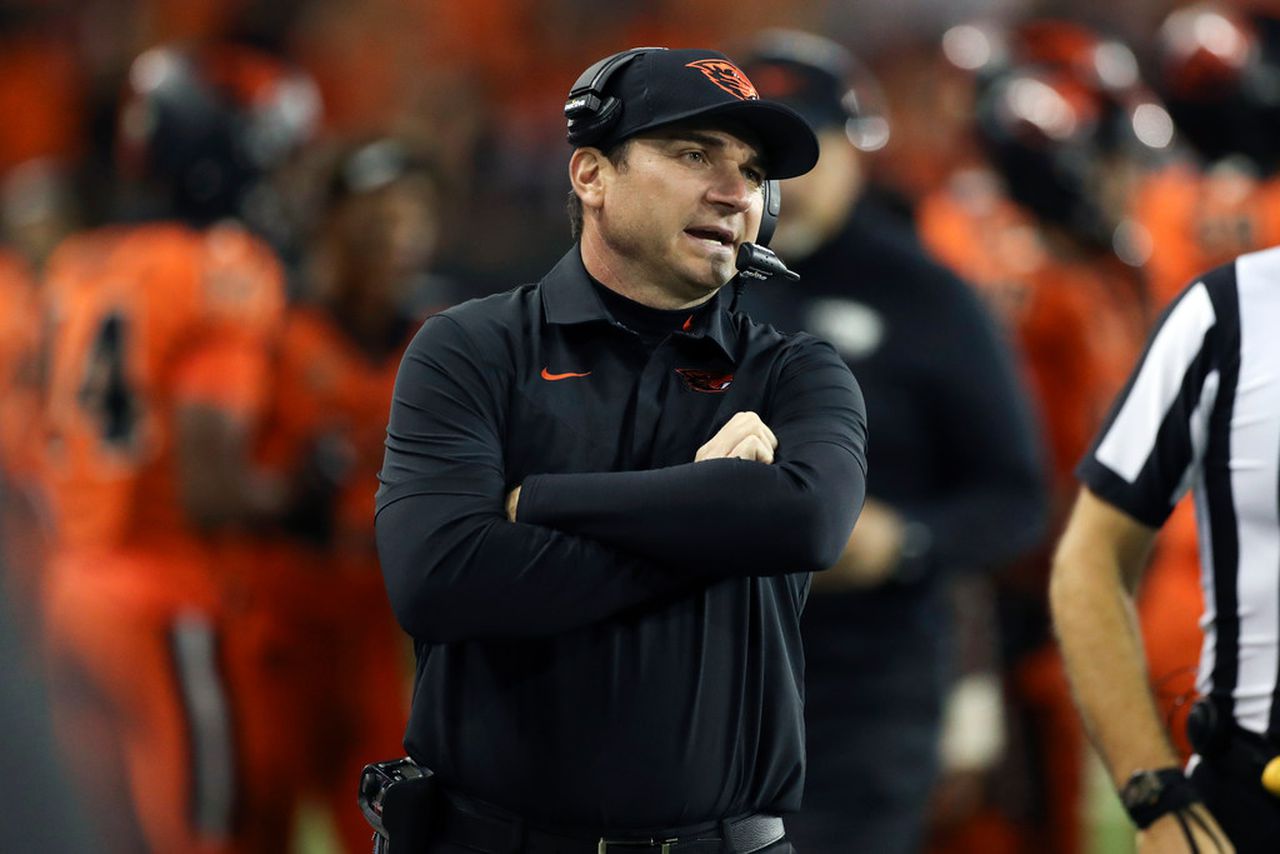 Oregon State football coach Jonathan Smith has agreed to a six-year contract that takes him through the 2027 season.

Smith and OSU athletic director Scott Barnes agreed to a new deal this week. The dollar figure is undisclosed, but Barnes said Smith’s “salary will move up appreciably in terms of Power Five … and into the middle of Pac-12.”

A source said Smith’s new deal will average more than $4 million per year over the life of the contract.

Smith’s 2021 salary is $2.5 million. He is the lowest-paid head football coach among Power Five schools this season.

Smith’s buyout was increased, but Barnes declined to give a figure. Smith’s new contract also includes financial emergency language, which is becoming standard fare because of the pandemic.

During Smith’s four-year tenure, Oregon State has gone from one of the worst FBS programs to the doorstep of the Pac-12 North division title. The Beavers (7-4, 5-3 Pac-12) became bowl eligible this season for the first time since 2013.

Barnes said he and Smith seriously engaged in talks about a new contract shortly after the Beavers’ 35-14 win over Stanford on Nov. 13. That was the win that made OSU bowl eligible.

“For me, it felt like the right time,” Barnes said. “We had three games left and I wanted to have this done before the end of the season.”

Barnes said reworking Smith’s deal was more out of appreciation for a job well done more than keeping schools with an opening from poaching his coach.

“Jonathan and I had talked, and he wasn’t going anywhere. We were certainly on the same page,” Barnes said. “Between recruiting and showing Jonathan and his staff appreciation for what they’re doing and getting it buttoned down sooner than later was a reasonable goal and made sense to me.”

To pay the new contract and salary pools, Barnes said he was able to “develop new funding streams,” but declined to say what it was. None of the money comes from state funds.

Oregon State completes its regular season Saturday when the Beavers play at Oregon. With a win, OSU shares the Pac-12 North title.