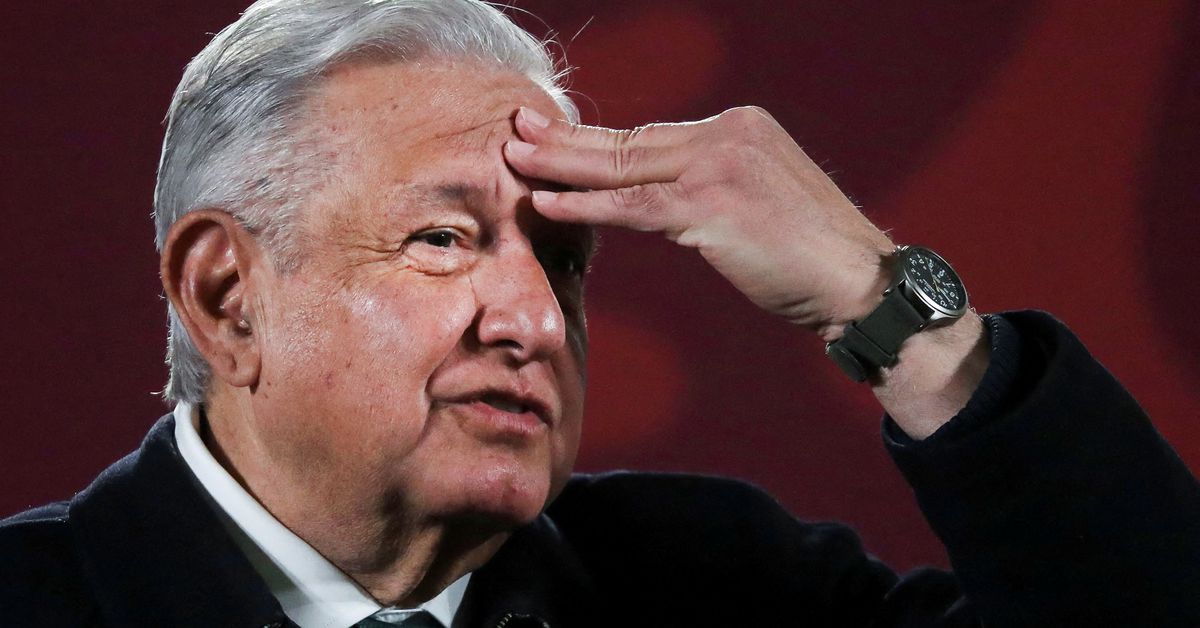 MEXICO CITY, Feb 11 (Reuters) – Mexican President Andres Manuel Lopez Obrador on Friday revealed what he said was the salary of a prominent journalist, arguing the public had a right to know about the financial interests of his administration’s critics.

Lopez Obrador set out the earnings of Carlos Loret de Mola, a journalist who has published a string of damning reports about the government, and who recently reported details on the lifestyle of one of the president’s sons in Texas.

He told a regular news conference the journalist earned far more than he did in 2021, comparing their wages on a screen.

“Do you think this is because he’s a high-flying, very intelligent journalist, a good writer? No! It’s because of his hatchet jobs,” Lopez Obrador said, explaining he had to defend his political project of ending injustice and corruption.

“This is not a personal matter,” he added. “My conscience is clear.”

Lopez Obrador, who slashed his own presidential salary when he took office in late 2018, said he had earned just over 2 million pesos ($98,000) before tax last year. He did not make clear where the information on Loret’s earnings came from.

“What a thing! Using finance ministry data to go after a journalist. And the data are also wrong, inflated sums! He says I earned millions in 2021 at (broadcaster) Televisa … where I stopped working in 2019,” Loret said on Twitter.

Lopez Obrador, who sets great store by his personal austerity and moral authority, has variously described Loret as a “mercenary,” “corrupt” and “lacking principles.”

In a second tweet, the journalist said the president had put him in danger by his actions.

“It’s a crime,” said Loret, who has more followers on Twitter than the president.

Loret later published a video arguing that Lopez Obrador was pursuing him because he was angry about his reporting into the houses rented by the president’s son in Texas.

Lopez Obrador has cast the reports into the homes as an effort to slander him, rejecting any impropriety. However, he did on Friday urge his son to explain how he made a living.

Lopez Obrador’s revelation of Loret’s salary came a day after police confirmed the killing of a journalist in Mexico, the latest in a series of deadly attacks this year.

The president has recently castigated a number of critical journalists, including Carmen Aristegui, whose work helped expose conflicts of interest among Lopez Obrador’s political adversaries during the previous administration.