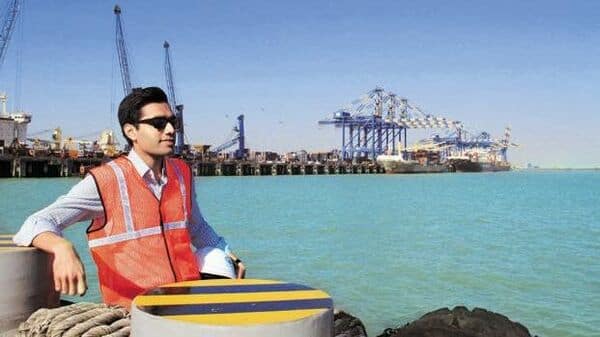 India can get back to the age of controlling one-fourth of the global economy like the way it used to do earlier, Karan Adani said on May 18. The Adani Ports and SEZ CEO, the son of Asia’s richest man Gautam Adani, was speaking at Amazon Sambhav 2022. There is fire in the belly of Micro, Small and Medium Enterprises (MSMEs) in rural India and tier 2 or 3 three cities where there is need to improve technical infrastructure to tap into the firepower the country has for growth, Karan Adani said.

“It used to control one-fourth of the world’s GDP, and I think we are getting there again. I personally feel in my lifetime we will see India going back to that golden age where we would be controlling one-fourth of the global economy.

Karan Adani was referring to the fact that people used to call India a golden bird.

“I think people, entrepreneurs, as well as young people, unless they are part of this mission, India cannot reach that goal. I think we just need to believe in India, we have to believe that we can reach there,” Adani said.

He said that India needed to tap the potential rural India has and make small businesses more powerful.

“What I personally feel is that the power of India is actually in rural India and tier two or tier three cities. I think the kind of ambition, thinking, solution orientation and the kind of firepower, I would say, the fire in the belly, if I may, the entrepreneurship that you will find in these kids and in these cities, it’s unbelievable,” Adani said.

He said that the technology has removed barriers that checked access to information markets and knowledge.

In response to questions on decision making dynamics between him and his father, Karan said he has very open communication with his father.

“I must appreciate my dad on this front because he’s very curious. He’s actually more curious than all of us in terms of understanding how the world is moving towards what young minds are thinking. How are they thinking? Why are they thinking what they are thinking? And I think we have that environment of push and pull,” he said.

Adani said that after the discussion whatever his father decides gets implemented.

“Most important is that once we leave the room, we don’t go back and say, ‘You know, I don’t agree with this’, ‘This was not the right decision’, or ‘I’m not going to implement that’. You know, that’s the way we work,” he said.

This story has been published from a wire agency feed without modifications to the text. Only the headline has been changed.

* Thank you for subscribing to our newsletter.