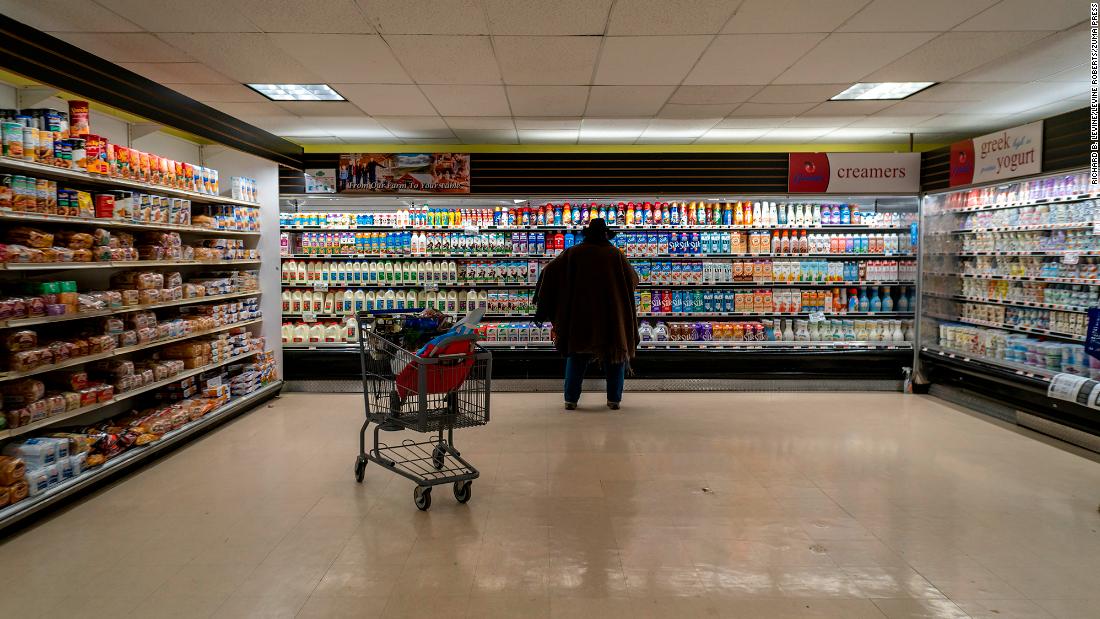 That’s a lot of records.

So why do polls show Americans so pessimistic about the economy? A new Pew Research poll shows only 28% rate the economy excellent or good and even among Democrats, only 36% said the same.

When even the upsides have downsides

Consider the backdrop. We’re now entering year three of the Covid economy. The country is exhausted by the pandemic. Every single day is an exercise in risk management for families — weighing the risks and benefits of going to school, work, church, a dinner party or the grocery store.
At the same time, you’re paying more for just about everything.
Covid shutdowns distorted global supply chains, leading to long wait times for parts and shortages of some goods. Disrupted supply and surging consumer demand has led to sticker shock at the grocery store, gas station and car dealership.

Every positive headline has a downside to match.

— Yes, the economy is the strongest in 40 years, but so is inflation.
— In the red-hot housing market, rents rose more than 10% last year, five times faster than the year before.
— Wages are up, but so are bills. Mark Zandi of Moody’s Analytics estimates the typical family is paying $200 more a month to buy the same goods.
— The expanded child tax credit that blunted the inflation blow last year has expired, in limbo with the president’s Build Back Better relief package.
Curiously, Americans complain about inflation, but the higher prices have not hurt their spending just yet. Many CEOs on earnings calls report strong customer demand, even after price hikes. As my colleague Allison Morrow writes of the blockbuster 6.9% economic growth in Q4, “…even with inflation at its highest level in nearly four decades and supply chains still backed up from the pandemic shutdown, Americans will always treat Christmas shopping like a professional sport. And consumer spending accounts for more than two-thirds of gross domestic product.”

Still, higher inflation now has the Federal Reserve in inflation-fighting mode to stamp it out.

So even the cure to what ails an exhausted public will come at a cost — literally.

And there’s another factor in this contradiction that is harder to quantify: presidential cheerleading.

President Donald Trump took personal credit for every good economic headline and stock market record high. He even declared the stock market could crash if Joe Biden won the White House. It didn’t, of course, and for the record, presidents get too much credit and too much blame for the economy on their watch.

But even among Democrats, President Biden doesn’t seem to be getting credit for the wins that Republicans so freely gave President Trump.

Remember, in that Pew poll, just 36% of Dems rated the economy excellent/good.

“President Biden may have a narrow window… (to) deliver good news messages on the economy,” CNN political analyst Margaret Talev told me, as the president heads to Pittsburgh to sell his economic agenda. “But for every good news statistic he can cite, there are a lot of drag factors moving in the opposite direction for him.”