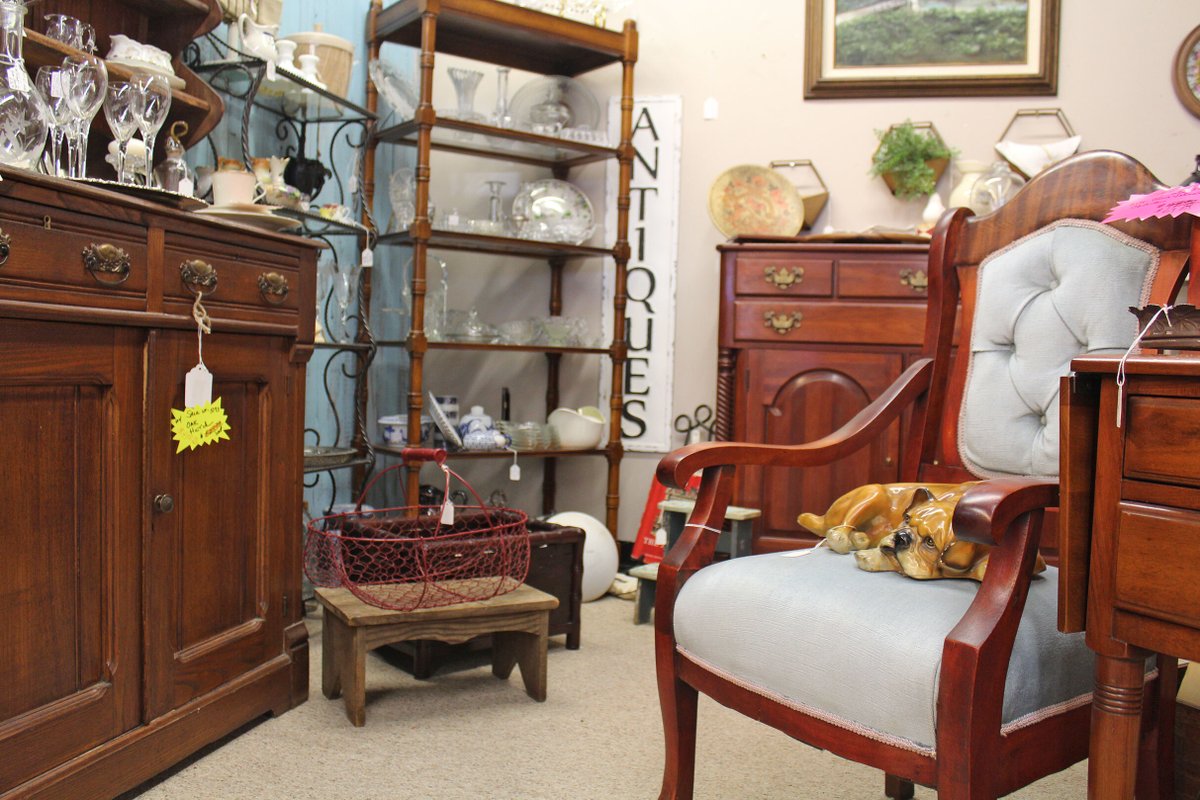 After more than 11 years in its space on the corner of the strip of businesses that line Oxmoor Road in Edgewood, Homewood Antiques and Marketplace is looking for a new home.

Owner Chris Collins said the building was recently purchased by a new owner, and the antiques shop was told its lease would not be renewed. She was given until the end of February to move out, something she said has been difficult.

“It’s putting me in a tailspin,” Collins said.

The store represents more than 40 vendors, a majority of them female-owned. Many of the owners are also Homewood residents, she said.

“This is not about me,” Collins said. “This is about them.”

Collins said the store is “pretty vital” to the area because it was one of the first businesses on the strip.

The building was purchased by Edgewood Corner on Dec. 8 for $2.25 million, said Jack Little with Red Rock Realty Group, the managing partner of Edgewood Corner.

Little said the plans are to redevelop the building with tenants that fit in with the character of downtown Edgewood, and he reiterated that the possibility of the Edgewood Business District becoming an entertainment district has no bearing on their plans.

The building “has a rich history and deep connection to the neighborhood that we hope to contribute to going forward,” Little said in a release.

“We are excited that Red Dot Gallery plans to remain in their space on Stuart Street,” Little said. “We wish nothing but the best to Homewood Antiques and its vendors going forward. We look forward to sharing more with you soon.”

Collins said she hoped for more time to find another place, but she and her vendors will have to be out by the end of February.

“It’s going to be a nightmare,” she said.

Being told around the Christmas holidays they had to leave was tough, Collins said.

“When you’re in retail, that’s what you live for,” she said.

Collins said the store has helped provide gifts for people throughout the years, and it “molded” to the Edgewood neighborhood. Homewood Antiques was a mix of old and new items, she said. Everything is decorated, and instead of booths, vendors’ items are arranged in such a way that the store has a natural flow to it, Collins said.

Some of those vendors might not be able to come back, she said. Finding space for the unique business will be difficult because it cannot go into an old office building, Collins said. The increasing price of property doesn’t help, either, she said.

“You have to have a large amount of space to be able to carry that mix of variety,” Collins said.

The store is open seven days a week and offers everything from children’s clothing to nursery furniture and framed prints, along with many other items, Collins said.

People in the community have been very supportive once they hear the antique business is relocating, Collins said. The store has always had a loyal customer base, she said.

“Fifty people a day come up and hug my neck,” she said.