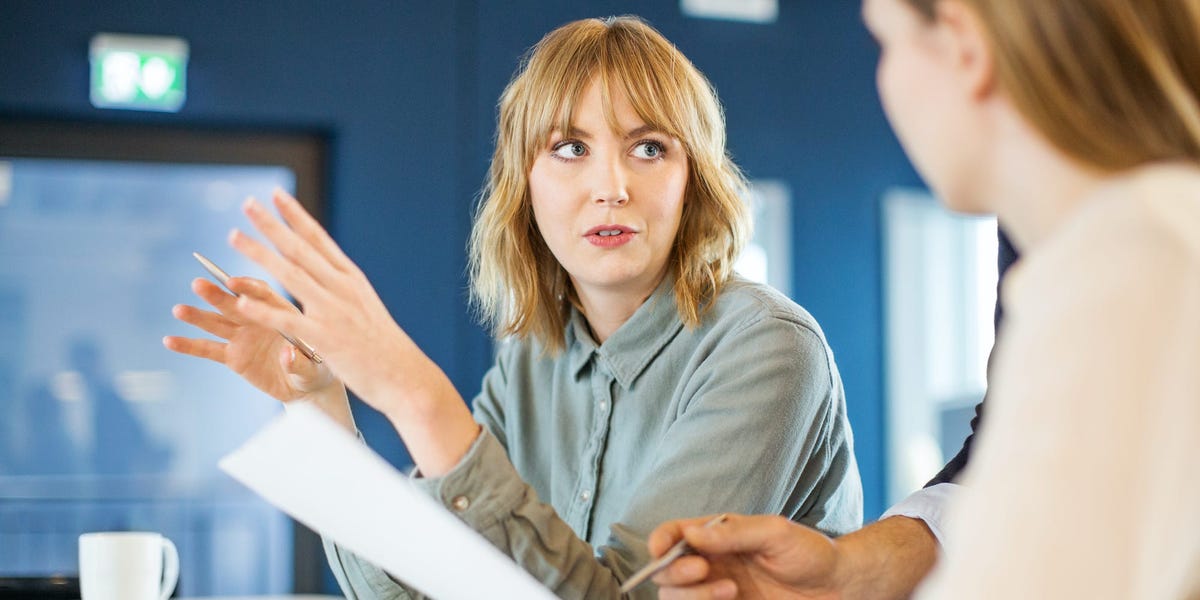 It all started when Annabelle Roberts’ husband told her he was going to quit his job.

“‘I’m sick of it. I’m not going back,'” he told her, she said in an interview with NPR’s Planet Money. “My husband, who would never quit his job, quit his job. And then I started to have clients quitting their jobs.”

Roberts is the cofounder with Alexandra Sarlieve of a boutique communications shop in Paris with a staff of 10. The company, Present Perfect, was in the midst of a major digital overhaul due to the pandemic, and would be in dire straits if it lost even one member of the team.

“There were rumors that some of them were going to quit, and with the Great Resignation, we totally panicked ’cause we wouldn’t be able to develop our software if they quit,” Roberts said.

So Roberts and Sarlieve hatched an audacious plan: Ask employees to set their own compensation.

But before they shared the plan with the team, they ran it past their accountant, who said it was “the worst idea ever” and told them not to do it.

Disregarding that advice, Roberts and Sarlieve asked everyone on the team to think for a few weeks about what deal would make them happy to work for Present Perfect, and to detail what value the company would receive in exchange.

One person responded not with a request for more money, but instead wanted assurances that his current schedule and work-life boundaries would remain the same.

Another asked for a sum that Roberts says the company simply couldn’t afford, which led to a negotiation over a package that included a pay increase, more location flexibility, and extra vacation days.

The impact on the business has taken Roberts and Sarlieve by surprise.

“What happened was it pushed the standard of excellence through the roof,” Roberts said. “You hear all the time, like, nobody will work as hard as the founder, right? And I feel like I’m working with a bunch of founders.”