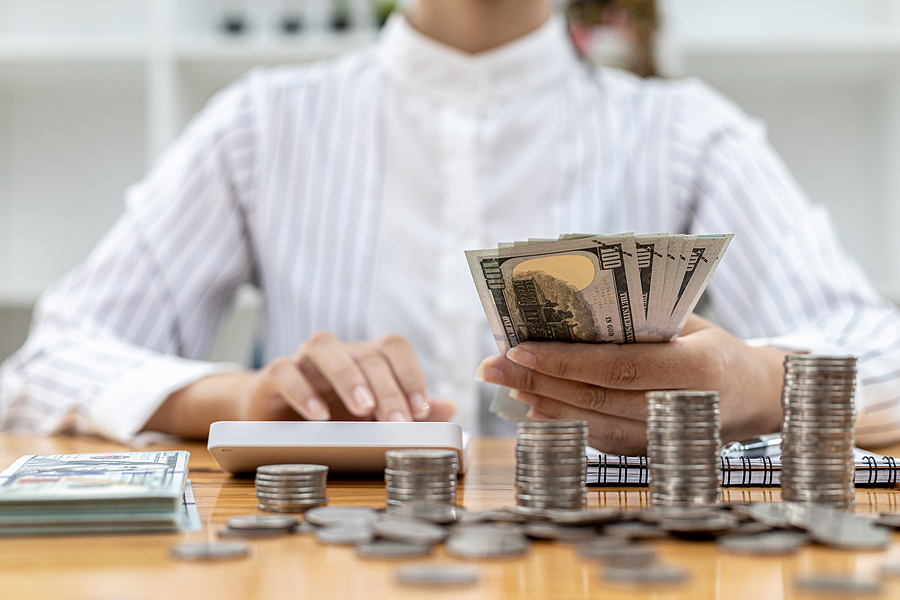 A controversial capital gains tax in Washington state that goes into effect next month is causing executives and business owners to cash out their stock holdings.

That’s the word from Seattle-area wealth managers working with clients who are taking a close look at their portfolios as the new law is implemented Jan. 1.

Last week, Microsoft CEO Satya Nadella raised some eyebrows after a regulatory filing revealed that he sold half of his stake in the company, divesting about 840,000 shares for a sum of more than $285 million.

Redmond, Wash.-based Microsoft did not address whether the impending capital gains tax factored into Nadella’s personal financial planning. A Wall Street Journal report cited analysts who pointed to a possible connection, and the Nadella stock sale sparked GeekWire to investigate whether others in the Seattle technology scene may be following suit.

On Jan. 1, Washington state will implement the 7% capital gains tax passed by lawmakers in April. Long-term capital assets such as stocks and bonds (held for more than one year) will be taxed if profits exceed $250,000. Real estate gains, retirement accounts, and some sole-proprietor businesses are excluded, among other exemptions.

The tax is estimated to affect about 7,000 individual taxpayers and raise more than $440 million annually in fiscal year 2023. The majority of the funds will go toward early education and childcare.

The tax — which is facing ongoing legal challenges — is an important issue for the tech community. Stock awards are often tied to compensation. Public tech companies in Washington state — including Microsoft, Amazon, Smartsheet, Avalara, and others — have also seen shares climb over the past few years, in part due to the pandemic as society relied more heavily on digital services.

The Dow Jones Industrial Average has seen a steady increase over the past year, up nearly 20%. The S&P 500 is up nearly 30% during the same time frame.

Other factors could be at play for those reassessing their existing holdings, such as the new COVID-19 variant, inflation, interest rates, or simply taking advantage of the recent tech stock surge.

Anne Marie Stonich, chief wealth strategist at Bellevue, Wash.-based Coldstream Wealth Management, said her firm is recommending clients who have substantial gains in their stock portfolios to recognize capital gains before year-end, to mitigate the impact of the new Washington state tax, as well as the proposed federal tax surcharge on those making more than $10 million a year.

“Even for executives not quite to that level, 2021 is a great year to take gains off the table, diversify your portfolio, and prepare for a transition to ‘vocational freedom,’” Stonich said.

The federal government is also considering its own capital gains tax rate increase.

Some clients don’t believe the tax will be upheld in court and are not inclined to act on it, said Kristi Mathisen, managing director of tax and financial planning at Laird Norton Wealth Management in Seattle. However, she believes it will make it through the legal hurdles. Nadella’s stock sale and other movement from those that will be affected “indicates to me that the smart money is on the tax being upheld,” Mathisen said.

The new law will make tax management for investing even more important in Washington state, Mathisen said. People may try to offset gains with losses, or rethink where appreciating assets are held within various portfolios such as retirement plans, trusts, or regular investment accounts, for example.

Steven Boyd, a senior wealth advisor for Northern Trust in Seattle, said several clients are considering realizing their capital gains ahead of the new state tax. But he only advises them to do so “in alignment with their long-term goals and wealth plan.”

“Many clients who have elected to realize capital gains are doing so to diversify out of a single stock concentration,” he added.

The tax has sparked a heated debate over the past year. Opponents say it is illegal under the Washington state constitution, which sharply limits income taxes. Supporters counter that the tax isn’t an income tax at all, but an excise tax which is common and legal in the state.

Washington state held an “advisory vote” for the tax in November, and 61% of voters said the state should repeal it. Such votes are non-binding and don’t affect the law.

The tax has divided the Seattle region’s tech community.

A letter published earlier this year by the Washington Technology Industry Association, which represents more than 1,000 tech startups and larger companies, warned the tax will “remove a meaningful attraction and retention mechanism” for startups and “harm our competitiveness.”

But others such as startup vet and venture capitalist Aviel Ginzburg say the tax is a net-positive for the state’s business ecosystem.

“We need to build toward a future together, and paying an extra 7% on huge capital gains — which is still better than almost everywhere else all things considered — is a small price to pay for the long-term health of our region and more a necessary realignment than a ‘tax hike,’” he said via email last week.

Ginzburg, general partner at Founders’ Co-op, added that he doesn’t expect Washington tech companies to change how they offer salary and stock options with the new tax.

“With the rise of remote work and so many companies having Bay Area presences, you are already dealing with employees under wildly different tax structures,” he said. “And let’s be real, if the gains for employees are high enough to qualify, it’s likely already life-changing and nobody is over-optimizing the minutia of ridiculously rare events like that many years in advance.”