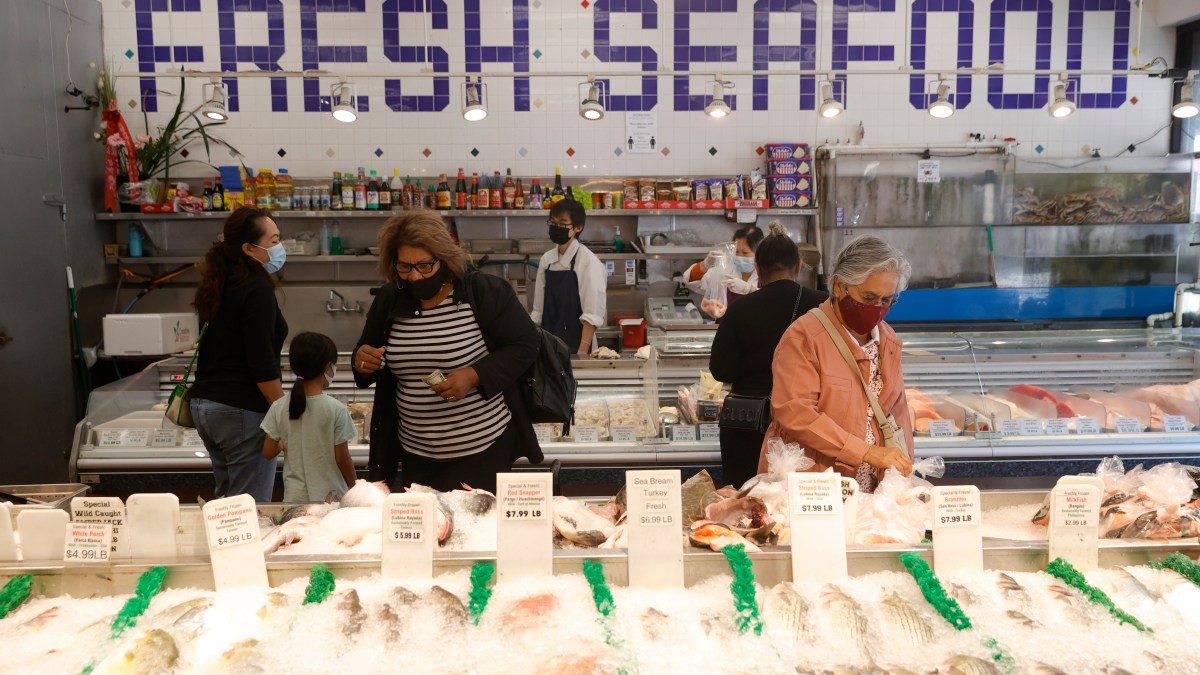 Another day in this pandemic-wracked economy, another installment of “inflation through the roof.”

The latest reading on consumer prices came out today — up year over year for the month of September by 5.4%, which is just a smidge higher than inflation was running in August. The core rate — stripping out food and energy, which were really soaring in September — was up 4% year over year.

This is pretty much the way it’s been running for months now, with clogged-up supply chains and labor shortages driving up the prices of everything from energy to groceries to vehicles. And some of those, like used cars and gasoline, are up by double-digits since last year.

It’s all sinking in for consumers, as well, who have shifted their expectations of inflation higher.

In the report, economists saw broad price spikes for pocketbook items that impact Americans every day.

The Federal Reserve Bank of New York reports that consumers expect inflation this time next year will still be running above 5% — an all-time high for the survey.

“People are much more short-term focused and they reflect much more on their short-term experience, you know, when they go to the grocery store or the gas station,” he said.

Plus, the disruptions of the pandemic might make matters worse.

“We’ve experienced shortages,” Fullenkamp said. “You have to pay more if you can get something. That may be enough experience to change people’s outlook and to say, ‘Oh, gosh, I can pay a little bit more, to get something sooner.’ To me, that’s one of these things that could really be a game changer.”

This can set off an inflationary spiral, according to Matheny.

Then, workers demand higher wages to keep up with the higher prices, which could lead the Fed to raise interest rates to slow inflation — and the recovery.

But, there’s something the Fed knows about us consumers, said Joseph Brusuelas at consulting firm RSM.

“Consumer inflation expectations run one to one and a half percent above actual inflation,” he said.

Consumers are getting used to higher inflation