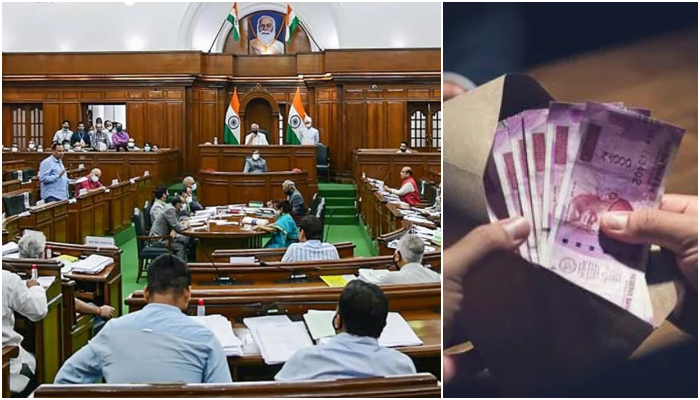 According to the reports, Delhi Cabinet chaired by Chief Minister Arvind Kejriwal had approved the proposed hike in August last year and had requested the Ministry of Home Affairs (MHA)to increase the salary and allowances of the Delhi MLAs. He had also expressed discontent that Delhi MLAs were among the lowest-paid legislators in the country.

On May 6, Delhi Assembly Speaker Ram Niwas Goel backed Kejriwal’s opinion and said that the salaries of the legislators in Delhi should be increased and brought to the level of MLAs from other states. “The BJP and Congress-ruled states are currently paying 1.5 to 2 times higher salaries and allowances. The restriction imposed by the Centre has forced Delhi’s MLAs to be amongst the lowest-earning MLAs in the country,” he added.

The Kejriwal government had proposed a salary of Rs 54,000 for the MLAs in the year 2015 but the MHA rejected the proposal and capped the basic salary at Rs 30,000. The Delhi government had then noted that several BJP, Congress and regional party ruled states provide much more monthly salaries to their MLAs, even though living costs in Delhi are higher than in most parts of India.

It had also stated that many states provided several other perks to their MLAs like house rent, office rent and staff expenses, allowance for buying office equipment, vehicle, and driver allowance, that the Delhi government never did. Earlier, the MLAs were paid Rs 54,000 per month including Rs 12,000 salary and the remaining amount as allowance. Now the salary plus allowances of the MLAs of Delhi has been raised to Rs 90,000.