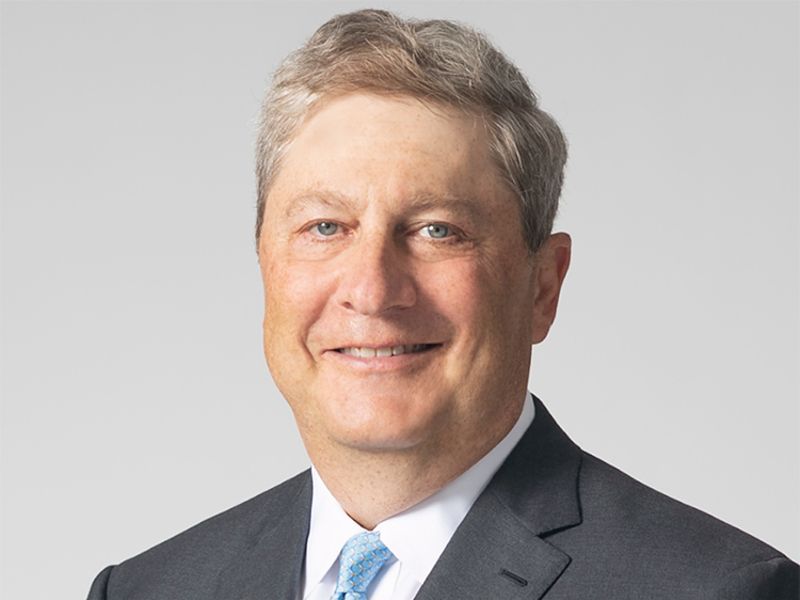 Seth P. Bernstein, AllianceBernstein president and CEO, described $25.6 billion in retail gross sales figure as the channel’s “strongest gross sales ever.” Incorrect information appeared in an earlier version of this story that ran in the Oct. 28 P&I Daily.

AllianceBernstein’s assets under management edged up to $742.2 billion as of Sept. 30, up 0.5% from June 30 and marking a 17.7% increase from a year earlier, the company said in a news release Thursday.

AllianceBernstein said in the release that 2.8% of third-quarter AUM comprised investments by French insurance giant AXA and reflects $13.1 billion in outflows resulting from AXA’s “redemption of certain low-fee fixed income mandates, including redemptions of $11.8 billion in 2020 and $1.3 billion during the nine months ended Sept. 30.”

The money manager expects new redemptions by AXA of low-fee retail AUM of about $5 billion in the first half of 2022, according to the release.

Compared to the year-ago third quarter, diluted earnings per share and net revenues jumped by 27.1% and 21.4%, respectively, AllianceBernstein noted.

AllianceBernstein attributed the year-over-year revenue increase to higher investment advisory base fees, distribution revenues, revenues by its Bernstein Research subsidiary and performance-based fees, but noted that the figures were partially offset by investment losses compared to investment gains in the third quarter of the prior year.

Specifically, AllianceBernstein’s retail channel witnessed third-quarter net inflows of $6.6 billion, vs. net inflows of $5.2 billion in the second quarter of 2021, driven by “continued expansion in active equities,” the company said in the release.

In addition, retail gross sales amounted to $25.6 billion in the third quarter, up from $23.8 billion in the second quarter, “driven by growth in sales of active equities and taxable fixed income,” according to the news release.

In a conference call, Seth P. Bernstein, AllianceBernstein president and CEO, described the $25.6 billion figure as the company’s “strongest gross sales ever.”

AllianceBernstein added in the release that its institutional channel witnessed third-quarter net inflows of $200 million, down from net inflows of $900 million in the second quarter of 2021, while institutional gross sales of $2.6 billion dropped sequentially from $17.6 billion. The money manager attributed this decrease primarily to the fact that second-quarter activity included $8.7 billion in sales and $10 billion in “redemptions associated with Equitable Holdings’ sale to Venerable Holdings of its legacy variable annuity assets, for which AllianceBernstein remained the preferred investment manager.”

Equitable and its subsidiaries owned about 64.7% of AllianceBernstein as of Sept. 30, the news release said.

However, Mr. Bernstein cautioned in the release that despite positive returns for the S&P 500 index in the third quarter, “periods of volatility emerged that could persist, with markets adopting a more sober assessment of the outlook.”

Mr. Bernstein added that fiscal and monetary policy decisions “remain a key element” in evaluating future asset returns. “Amidst this backdrop, our investment teams remain focused on selectively identifying quality long-term investments for our client base,” he added.