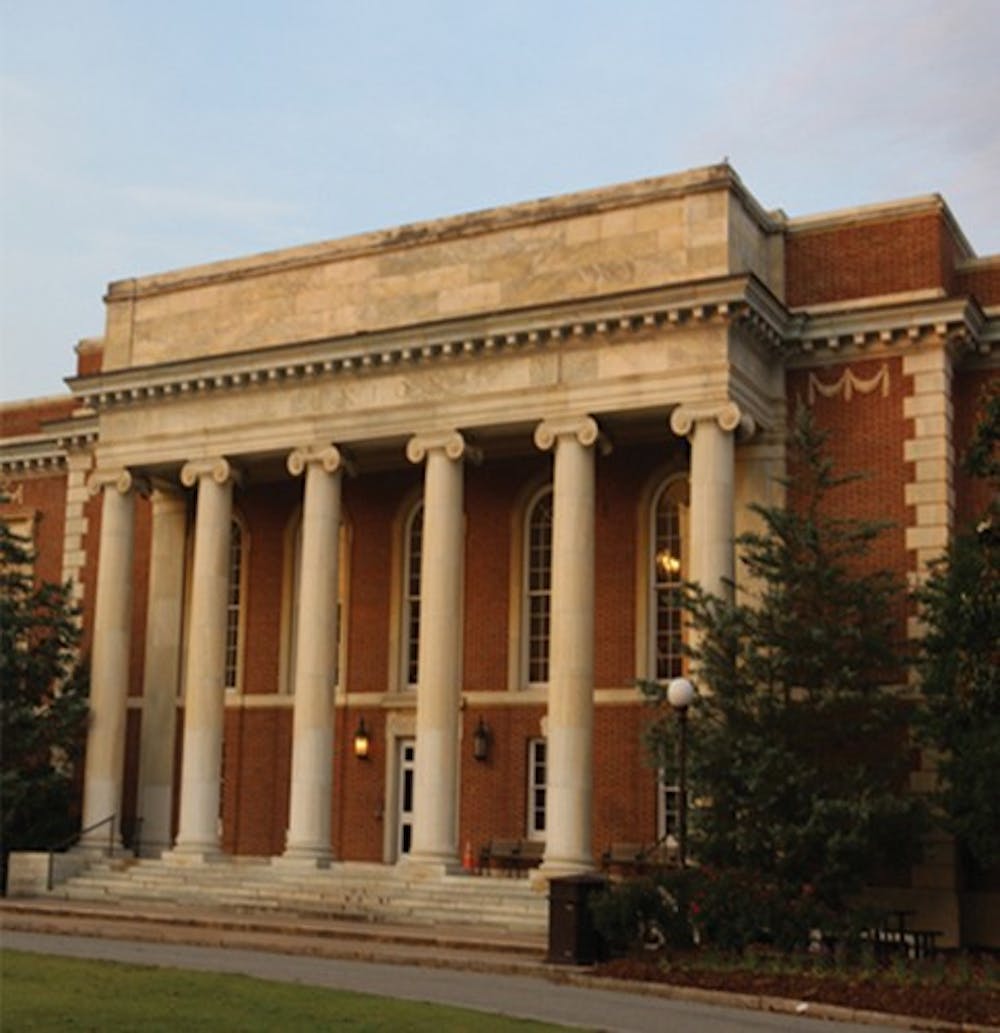 Students lined up from Marketplace to Lilly Library to get into the Thanksgiving themed dinner on East Campus Thursday night.

Sophomore Jadyn Cleary said the ham was her favorite dish during the dinner and that she further enjoyed the pumpkin ravioli.

“Good. A little too sweet but I like it. I always think [Marketplace] is a great place to go,” Cleary said.

She said that she preferred last year’s Thanksgiving themed dinner over this year’s but felt that it was still “pretty good.”

For first-year Dav King, Thanksgiving themed dinner was frustrating given the long lines.

“This sucks for the freshmen that like, everybody comes here and now there’s the longest line I’ve seen, honestly longer than it was during O-week. And we don’t get to have our dinner anywhere else. If we could, I would, but we don’t,” King said.

“There’s whole organizations where upperclassmen are like sitting there and make the freshmen swipe them in. It’s annoying,” King said. “I’m just trying to get food.”

King said he was not excited for any particular offerings during the dinner and “just wanted to eat.”

Sophomore Uyen Nguyen said she only attended because her friend offered to swipe her in but described the Thanksgiving food as definitely an incentive to come. Her favorite food was the turkey and the mashed potatoes and gravy, which she described as “a very basic Thanksgiving dinner.”

“I definitely enjoyed it because back at home I definitely don’t do traditional Thanksgiving dinner, but it was really tasty here, so I enjoyed it,” Nguyen said. “It makes me feel a lot more like it’s fall and closer to break.”

Get The Chronicle straight to your inbox

Signup for our editorially curated, weekly newsletter. Cancel at any time.

In addition to enjoying the dinner, Cleary said she felt the staff did a great job pulling off the dinner.

“Very organized, very quick and also just very nice considering all the stress they must be under dealing with so many students,” Cleary said. “I really just appreciate having them here.”

Senior Elizabeth Loschiavo said it was her second time doing the Thanksgiving themed dinner and that she loves it. Her favorite food was the pumpkin bar.

“They had it when I was a first-year and it was one of the best things I’ve had at the Marketplace,” Loschiavo said.

Her first Marketplace Thanksgiving dinner was in 2018, and she described it as “a madhouse.” This year was “much more organized and efficient,” she said.

“You dashed in [her first year]. People were cutting each other in line. But there was a sense of energy that was definitely missing this year,” Loschiavo said. “I’m still glad I got to experience it another time, though, before I graduate.”

Ayra Charania is a Trinity sophomore and an associate news editor of The Chronicle’s 117th volume.