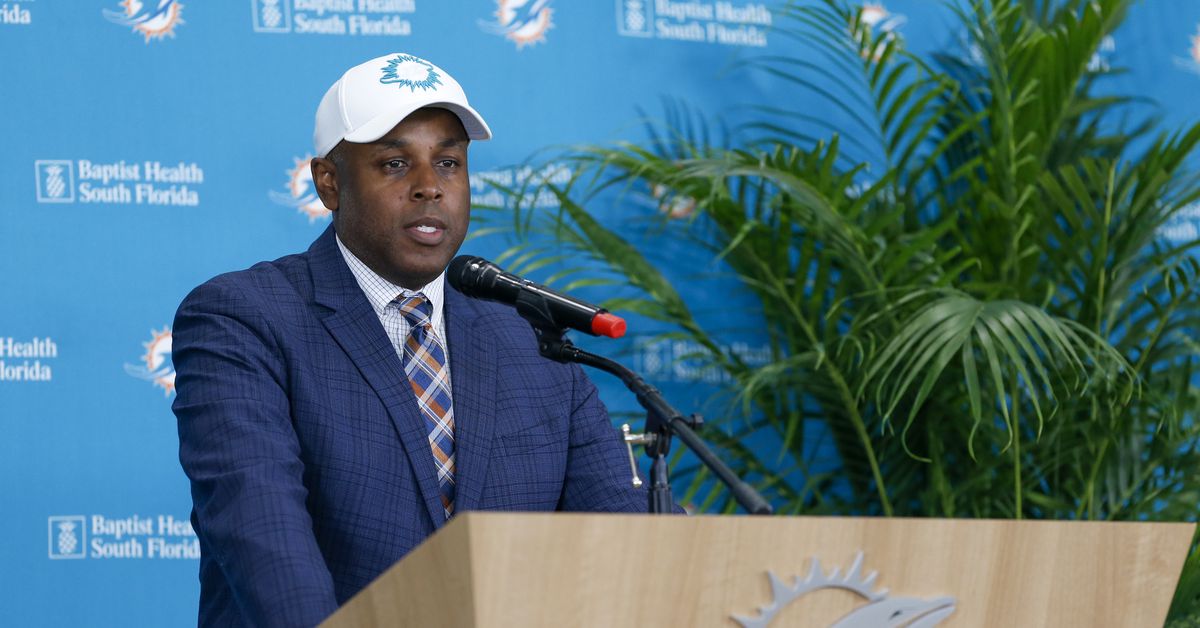 The 2022 NFL salary cap may not be set yet, but the Miami Dolphins are expected to be sitting pretty whenever it does get set. According to early estimates, Miami is on top of the league when it comes to available salary-cap space – by almost $10 million according to OverTheCap.com’s estimate. According to the NFL Players Association public salary cap report, the Dolphins have $2.2 million in remaining cap space from this year. They can roll that into next year’s available cap space.

And, if the estimated $208.2 million cap comes to be a reality, Miami has about $62.8 million in total cap space. OverTheCap includes an “effective cap space” rating, which calculates the estimated space a team will have when they have 51 players under contract. According to NFL rules, only 51 players count against the salary cap during the offseason – even though the team can have up to 90 players on the roster. Their estimate for the Dolphins in $56 million in “effective” space, about $6 million move than any other team.

Despite having the most space in the league, the Dolphins can create more space very easily. Salary cap cuts are a part of the league every year, and Miami has several players who could find themselves as casualties this year.

Safety Eric Rowe has a $5.1 million cap number, but only $525,000 would be dead money – money owed to a player not on the roster – if he were to be cut. The Dolphins would add an additional $4.6 million in space releasing him. With the emergence of Jevon Holland and Brandon Jones in the secondary, Rowe could be a player Miami looks to release for space relief.

Offensive lineman Jesse Davis has a $4.6 million cap number, but would create $3.6 million in cap space if released. He would account for $1 million in dead money.

Defensive tackle Adam Butler has a $4.2 million camp number, with no guaranteed money remaining. His entire $4.2 million would be saved.

Wide receiver Allen Hurns would count for $3 million against the cap. If released, he would generate $2.6 million in savings with $433,000 in dead money.

Offensive lineman Michael Deiter has a $2.8 million cap number, with all of if able to come off the books should he be released.

Safety Clayton Fejedelem, a special teams ace for the team, has a $2.7 million cap number, with none of it guaranteed.

Tight end Cethan Carter would also account for no dead money if released, freeing up his entire $2.5 million cap number.

Linebacker Andrew Van Ginkel has a $2.6 million cap number for 2022. Though it would be a surprise if he were released, he would only account for $78,000 in dead money, with $2.5 million in cap savings.

Defensive lineman Zach Sieler also would generate cap savings, though he likely would not be released. Sieler has a $2.6 million cap number, with $500,000 in dead money and $2.1 million in savings if released.

Tight end Adam Shaheen is scheduled to account for $2.2 million against the cap, with $333,000 in dead money if released. Miami would add $1.9 million in space if they released the tight end.

Offensive lineman Greg Little is scheduled to account for $1.5 million on Miami’s cap this year, with all of it coming back to the team if he were to be released.

The final player who would create at least $1 million in cap space would be linebacker Calvin Munson. He is scheduled to account for $1.2 million against the cap for the Dolphins in 2022, with just $20,000 in dead money if he were to be released. He would then be $1.1 million in cap savings.

All salary numbers via OverTheCap.com.

Miami will not make all these moves – and they would have to be offset by signings to fill the vacancies – but they are in a position to have a massive spending spree this offseason to fill new head coach Mike McDaniel’s system.